Hi babes! I wanted to share a little vacation recap from our trip to 30A last month. We visited the Rosemary Beach / Seacrest area for the first time and loved it – after a year of spending a lot of time at home it was nice to be in a new place for a few days where we could soak up the outdoors.

When we planned our trip in November it was at a time when COVID was spiking pre-holidays and a lot of our local restaurants were being forced to close temporarily. We were wary of what traveling would look like come March so we decided to plan things as COVID-proof as possible. We decided to drive vs. fly and we rented a house instead of staying at a hotel, and I was pleasantly surprised to find a lot of the businesses along 30A were requiring masks (we had heard prior to traveling that most of Florida was “open” and not requiring masks) and, as expected, offering outdoor dining options. We spent a lot of our days at the pool or beach so we were able to be outdoors, and overall we felt safe and like we did the best we could under the circumstances while still allowing ourselves to travel.

It was the little one’s first time at the beach and to say she loved it would be an understatement – she didn’t stop running from the ocean’s “big waves” to digging in the sand, and she never wanted to leave at the end of the day. I think we had just as much fun watching her experience those things for the first time and left feeling super grateful we were able to vacation as a family after such an unpredictable year.

ROADTRIP RECAP:I mentioned above that we decided to drive vs. fly (ehhh 😉)… we’ve driven to the panhandle once before (pre-kiddo) and it’s a pretty longgg trip, so we were a little hesitant about taking a toddler who never spends long periods in the car but we set our expectations low and our plan was to just roll with the punches. She surprised us both and did amazing, overall it went way better than we could’ve expected!

On the way there we left super early so she would sleep for a few hours at the beginning of the trip and I packed breakfast so she could eat on the go whenever she woke up – both helped pass the time during the first leg of the drive. We stopped a handful of times but kept the stops short and then we planned a longer stop about 2/3rds of the way to grab lunch and to let her run around for a while pre-nap. We found the cutest spot called Peach Park in Clanton, AL. It’s right off highway 65 so easily accessible and it’s just past the busy Birmingham area. They have a shop with food and other goods, a restaurant with BBQ and homemade ice cream, and a playground plus walking trail with bench swings and a little pond with fish.  It was the perfect place because we could eat, stretch our legs, and let the little one burn some energy. We got her an ice cream to go which made leaving / getting back in the car a cinch.

On the way home we planned to stop in Nashville for a night, but the day before we left Florida ended up not being a good pool or beach day so we were able to get packed / organized sooner than expected and on the road early on Saturday. It worked out great because we had all day Sunday to recoup, run errands, and get unpacked / ready for the week ahead. We did stop near Nashville for lunch in a town called Franklin – we went to Merridee’s Breadbasket and it was so good. They do fresh breads, sandwiches, pies, etc. It’s a couple miles off the highway, but it’s a cute drive (love the homes!) and the area is great if you want to do any walking or shopping. I think if we ever make that drive again and plan on stopping overnight, we’ll look at Franklin instead of Nashville to avoid the busy downtown area but still have access to good restaurants and shopping.

When we vacation we like to choose places to eat that are nearby / walkable so we can be outdoors and get some steps in 😊 This limits us a bit, but there were a lot of great options in the Rosemary Beach / Seacrest area. I will say that it was very busy (uncharacteristically busy according to several people we talked to) and during lunch or dinner time it was a 20-30 minute drive to get anywhere you wanted to go along 30A… hence choosing lots of spots within walking distance of our rental.

Here are a few other spots I had my eye on / have heard good things about that we didn’t get the chance to visit:

We are definitely team “chill” when we’re on vacation… I saw a poll recently that asked if you’re adventure or chill on vacation 😊 I’m the latter when we’re on beach time! Most of our days went like this,

If you’ve visited the area, leave your favorites in the comments for anyone else reading that’s a newbie to 30A! 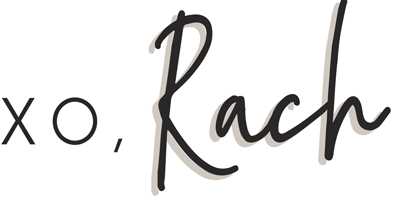